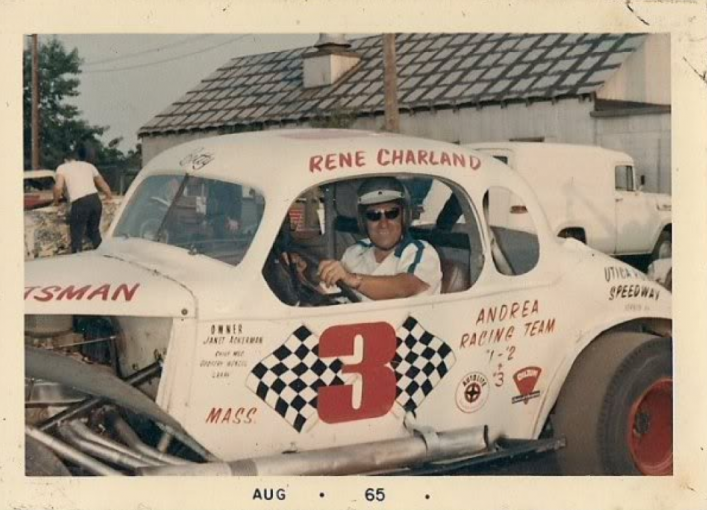 Ed drove Rene Charland’s #3 at Utica-Rome on May 8th, 1966, less than 3 weeks before Ed pulled Rene from the same car as it was engulfed in flames at Albany-Saratoga. Robert Clock informs us that Ed himself built this car for owner Ed Ackerman, who ran it first for Gene Gamache as #1 in 1964 and then, after Gene’s premature death in early 1965, renumbered it as #3 and ran it for Rene.