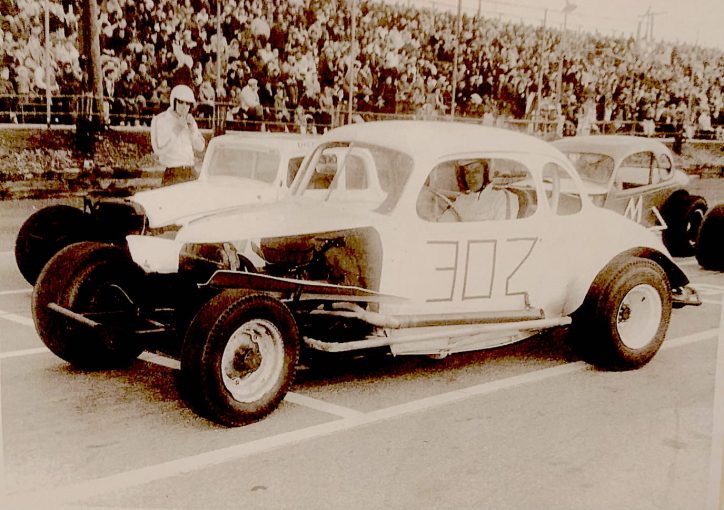 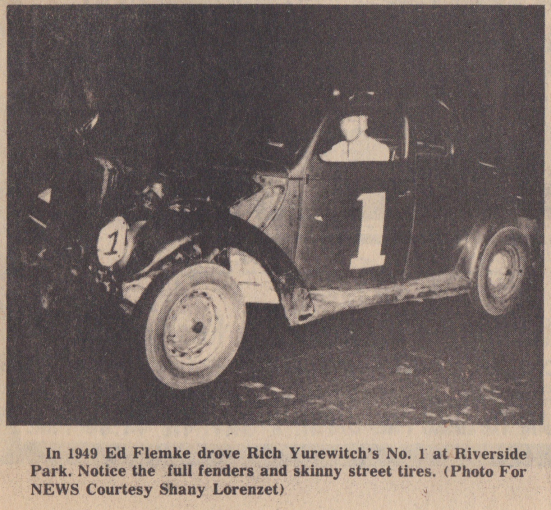 This is probably the oldest known image of Ed driving a racing car. 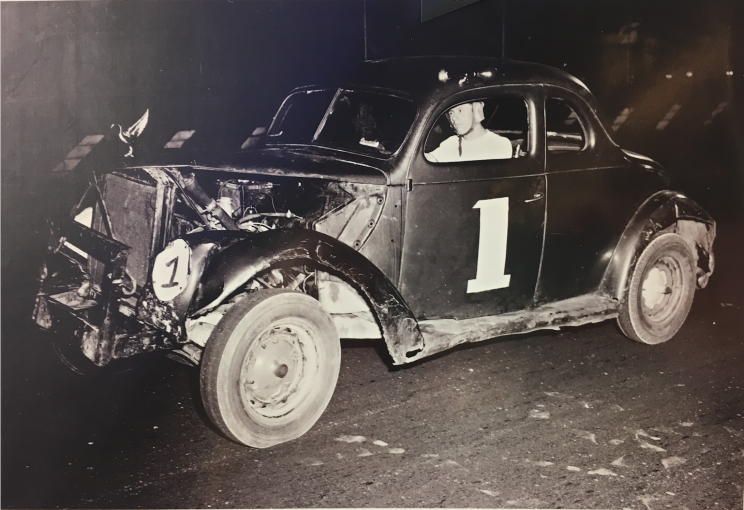 1951 – New London-Waterford. This is the same photo as at left, labeled in the Flemke photo collection in the Ron Bouchard Museum as “1951”. Photo by Shany Lorenzet. 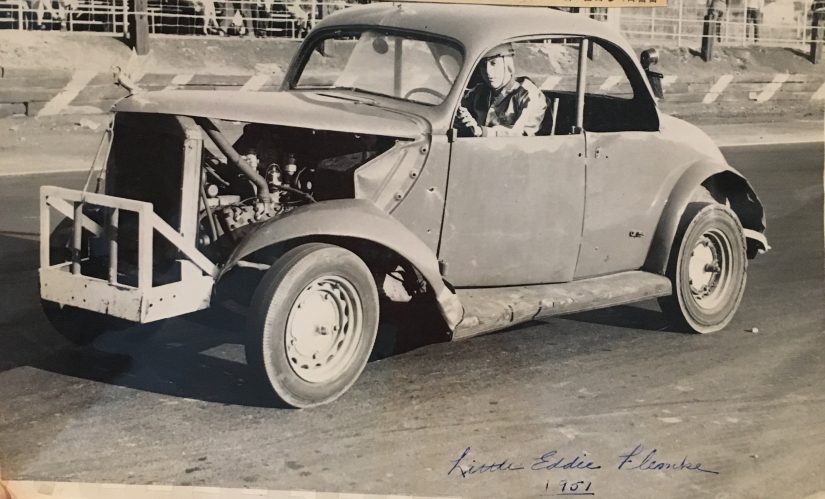 1951 – Waterford. The actual racing number of this car is unknown. 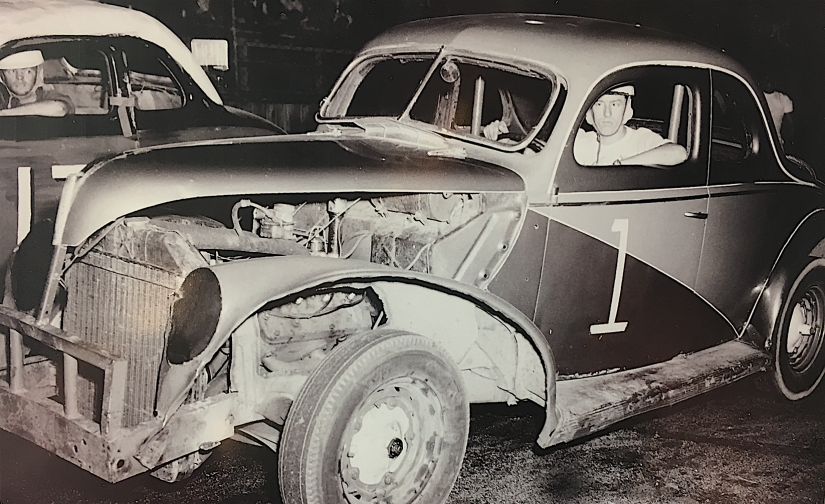 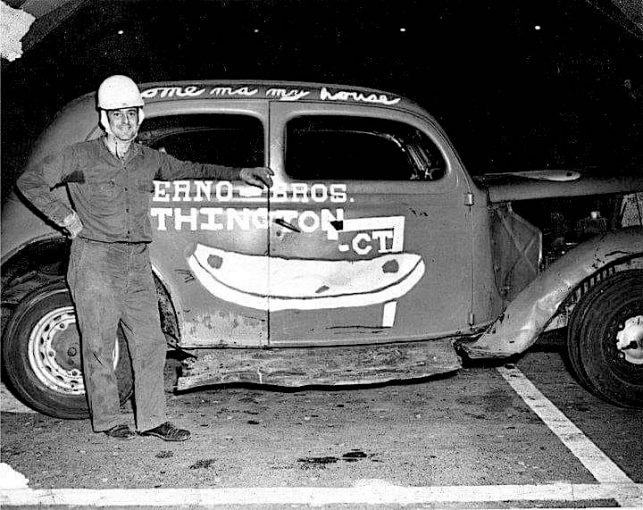 Owner/driver Phil Salerno once taught the young Ed a hard lesson on the track. He and Ed subsequently became friends and Ed then drove the “Banana Wagen” to a win at Riverside. 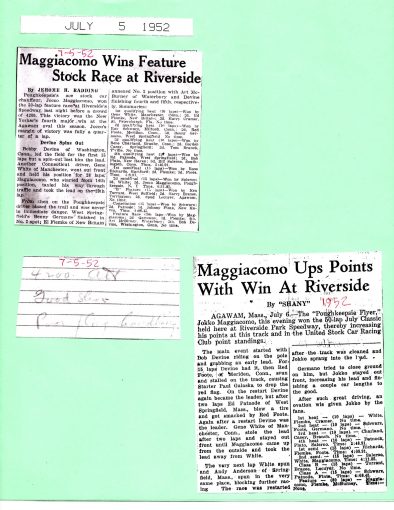 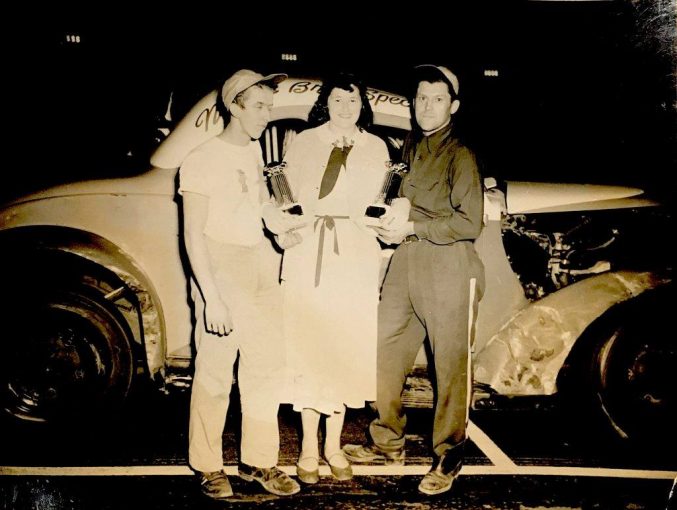 The identity of this car is unknown. Judging from Ed’s expression and apparent age, the photo was probably taken no later than 1952. Photo by Shany, from Racingthroughtime.com. This car was built and run by Rich Yurewich. Thanks to Ed Flemke Jr. 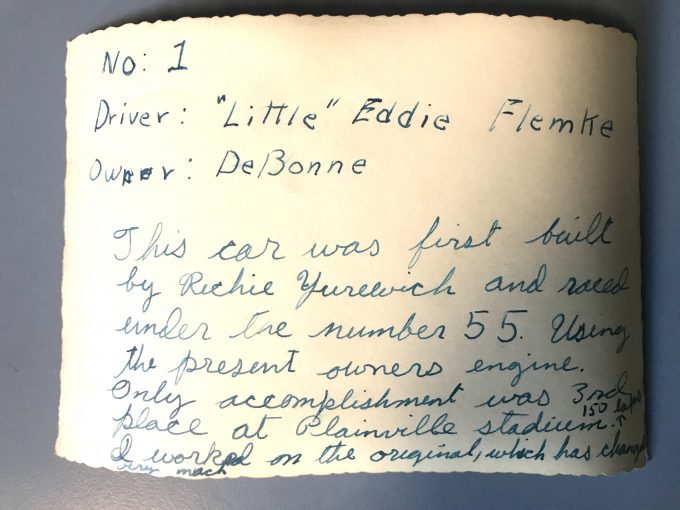 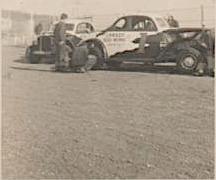 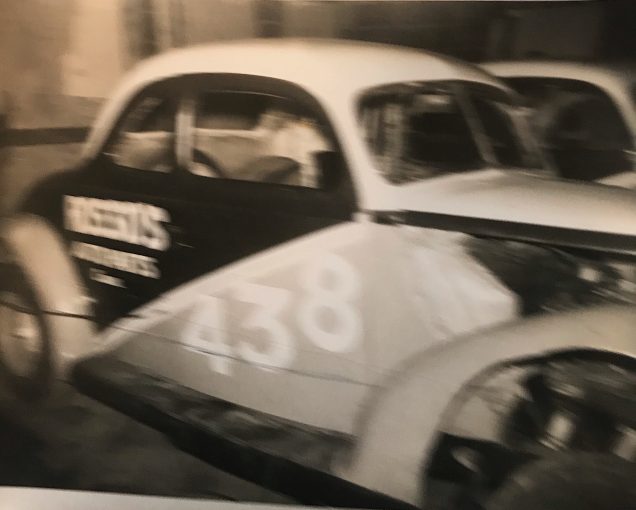 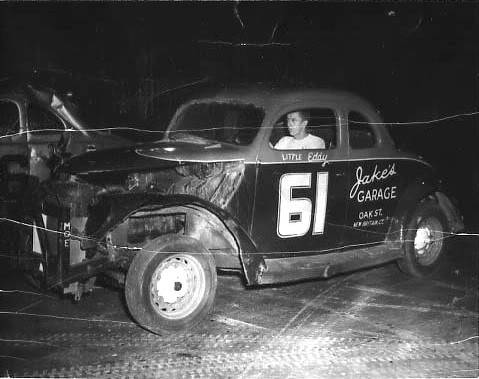 The “Jake” of Jake’s Garage was Ed’s father, Jakob Flemke. 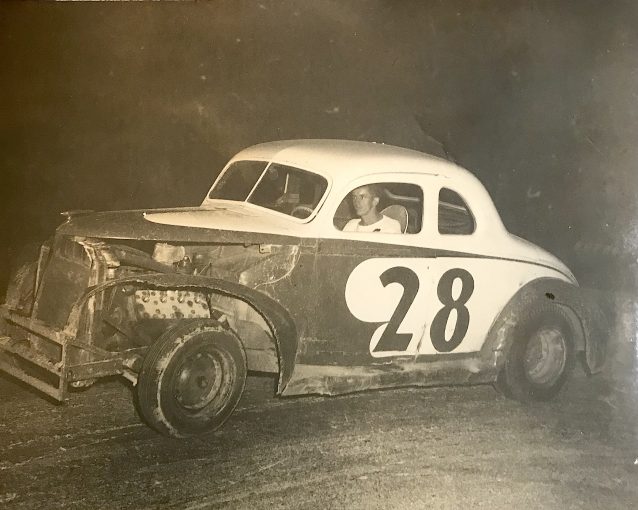 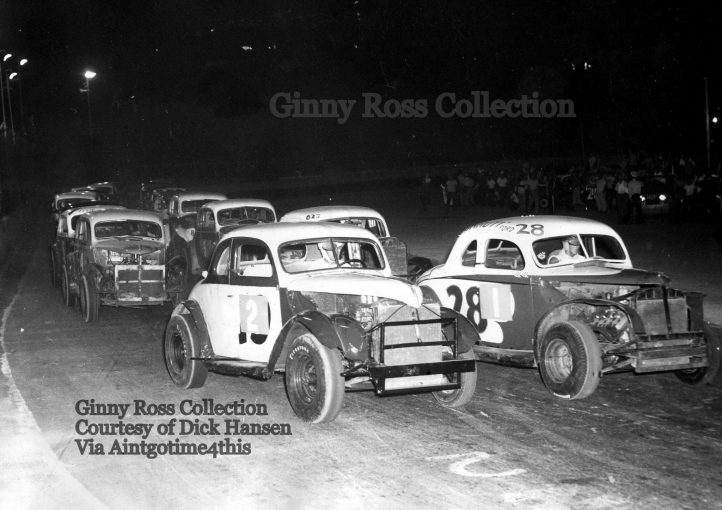 This is the start of the 1956 Riverside 500. Ed had won pole; he and teammate Moe Gherzi won the race. 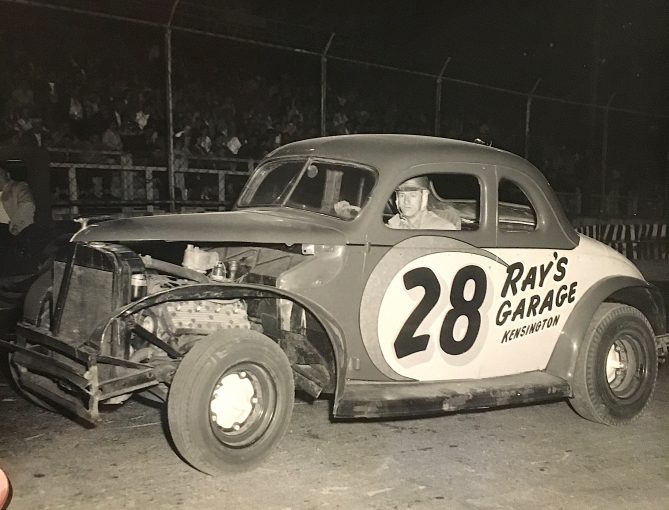 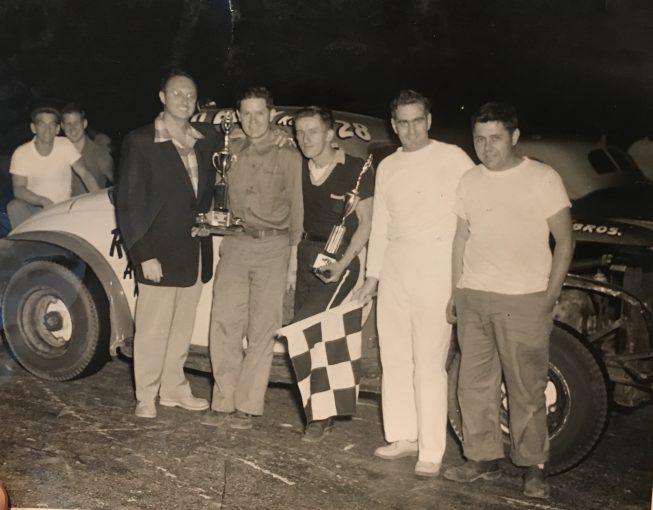 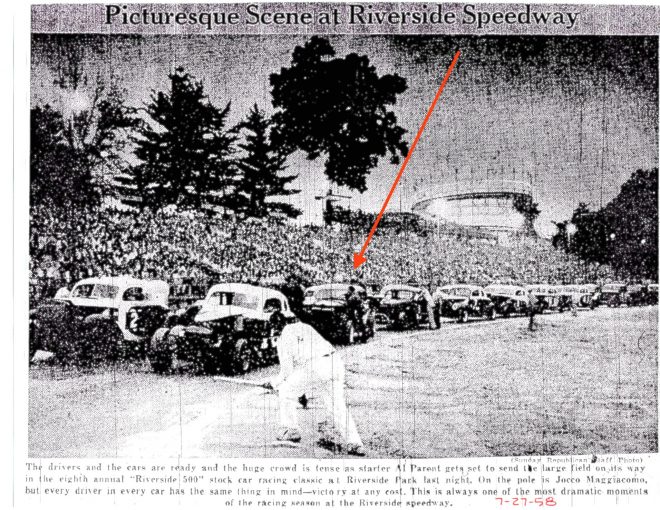 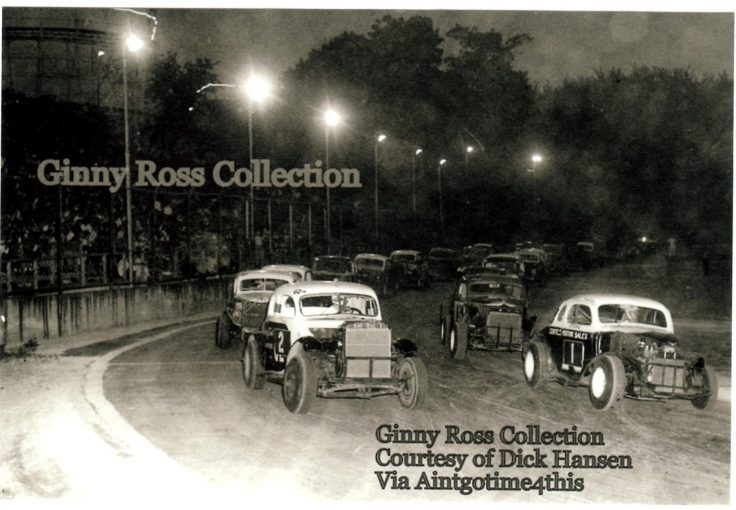 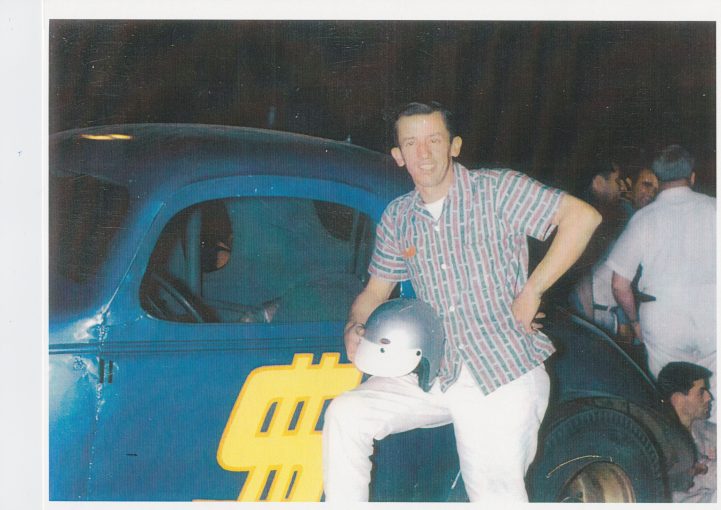 Of all the cars in which Ed drove and won over the years, he was most renowned for probably the $ and the 2x. The $ was owned by Donald Ponticelli and John Stygar. In the summer of 1961, it was in the $ that Ed started his weekly routine which took him from home in Connecticut to races in New Jersey, then in Virginia, then across to races in Maryland and back to New Jersey, racing 5-6 times every week. This got him, and his traveling and racing companions Denny Zimmerman and Rene Charland, the nickname “The Eastern Bandits”. Co-owner John Stygar normally went with Ed on the Bandits’ weekly circuit and handled the primary mechanical duties for the $ and the second car (such as Ed’s own 21x or 21) that they often would bring with them. Photo from June, 1965. 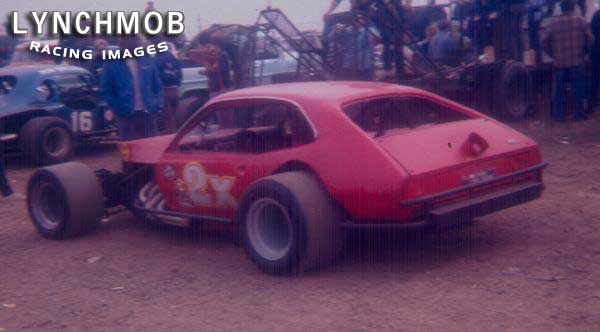 1971-10-17 – Langhorne. The original 2x Pinto at one of last races in which it was driven by Gene Bergin. Early in the 1972 season, Frank Vigliarolo bought it, repainted it, renumbered it as 34, and had Ed drive it. Image from Lynchmobracingimages.com. 1964. Photo from “The Home of Heroes” by Bones Bourcier, courtesy of the Alan Weaver Collection. The photograph was probably taken by John Grady at Utica-Rome. 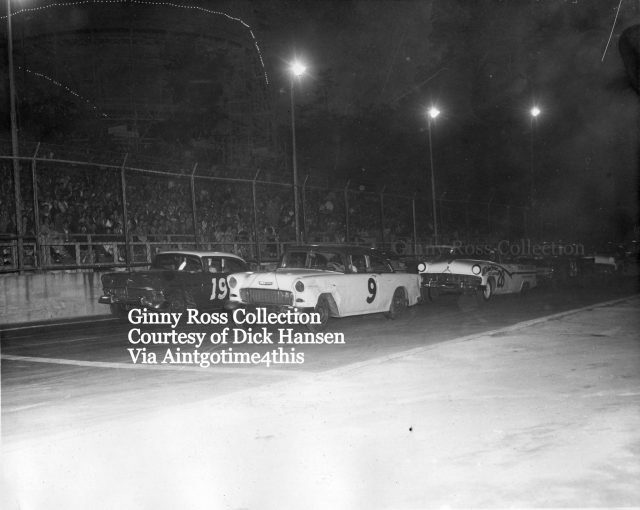 Riverside. Ed is on the inside, second row.