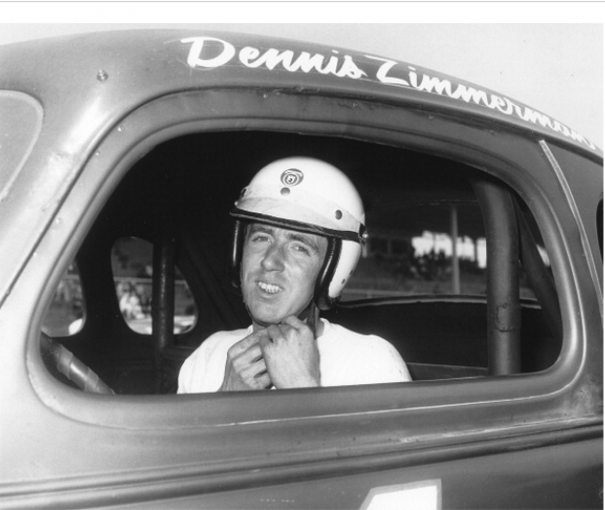 Denny was one of Ed’s closest friends. Denny and Ed were the two original, famous “Eastern Bandits” racers, which later included Rene Charland and Red Foote. Photo from approximately 1964. 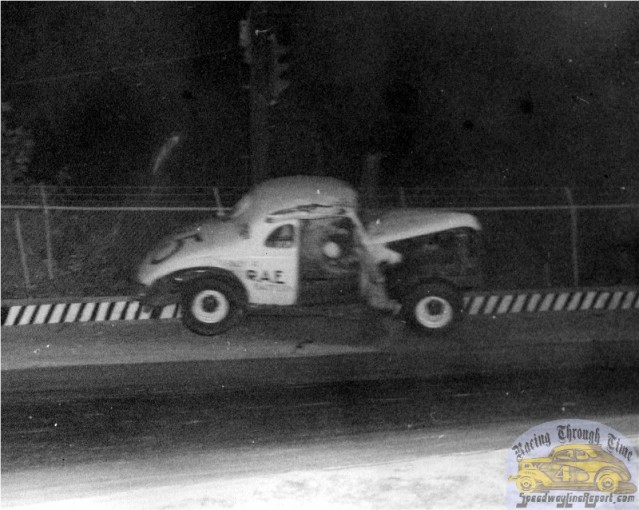 This was Denny’s crash at Riverside that resulted in Ed’s becoming Denny’s close friend and mentor. Photo from Racingthroughtime.com 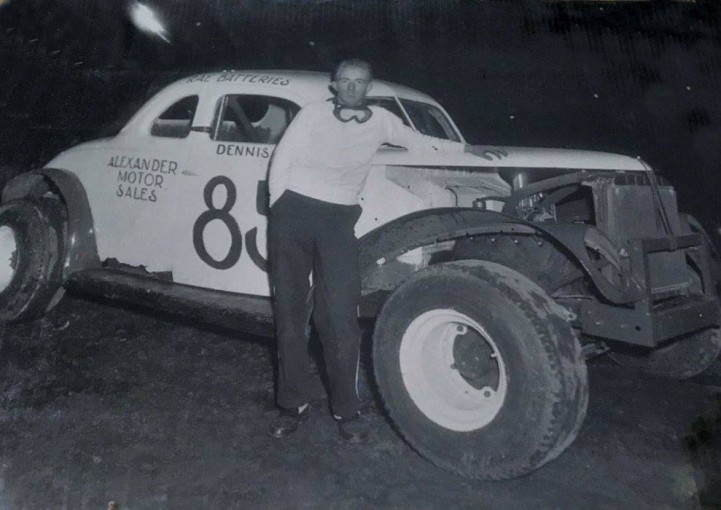 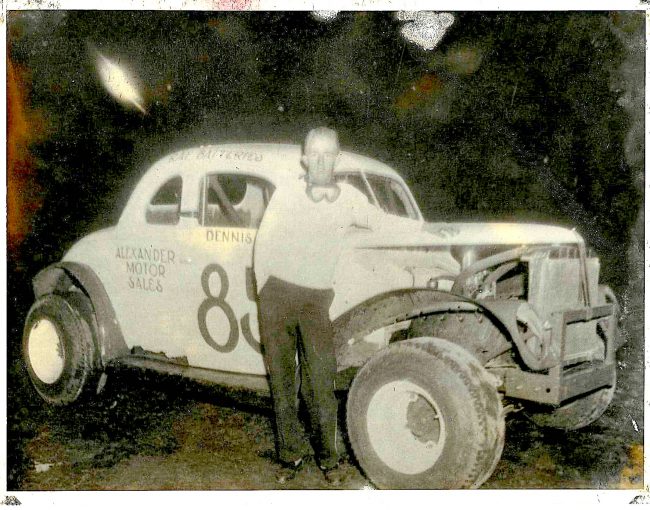 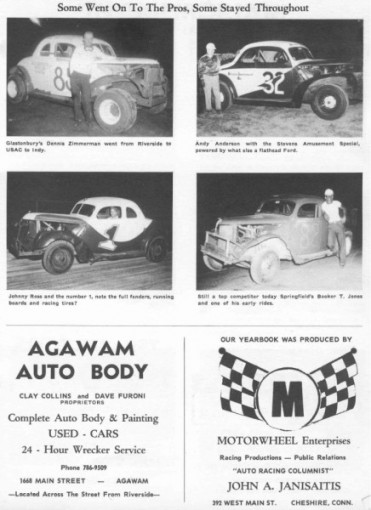 Photo of Denny from 1958. This was his second #85, the first having been the car hanging off the guardrail. 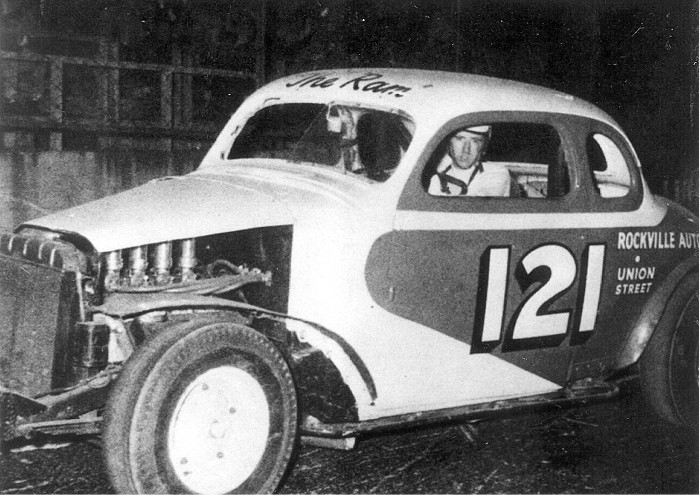 1958/’59 – Riverside. This car was built and owned by Norm Kies, and sponsored by Rockville Auto, which was owned by Mal Barlow who for many years owned Stafford Springs Motor Speedway. After Denny drove the car for a period of time, Norm sold it to Ed, who changed the number to 21 and campaigned it in 1962 and ’63. Norm used Mopar engines, while Ed preferred Chevys. Thanks to Bruce Cohen for the information. 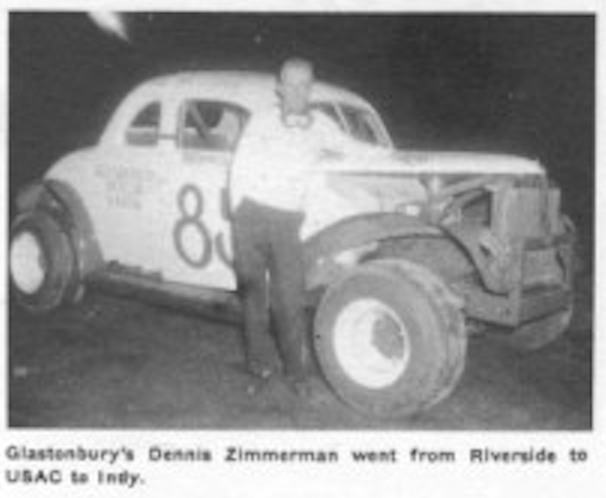 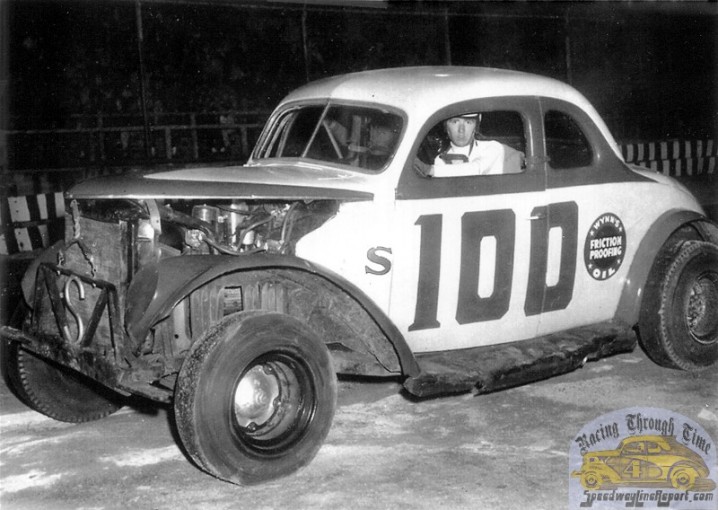 Riverside. Photo by Shany, from Racingthroughtime.com 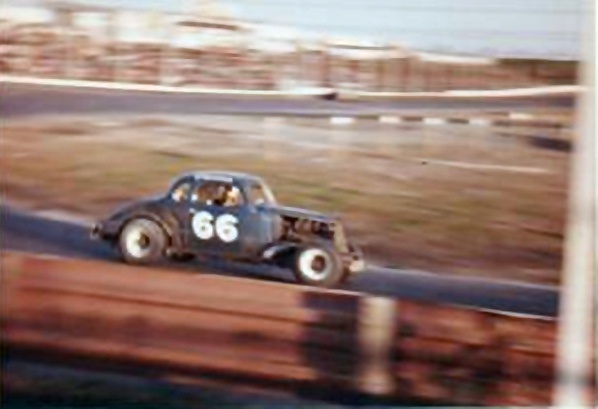 Fredericksburg, probably on 10-01-1961. Denny is driving the #66, which he owned and had built himself. Southern standout driver Bill Dennis is in the #34. 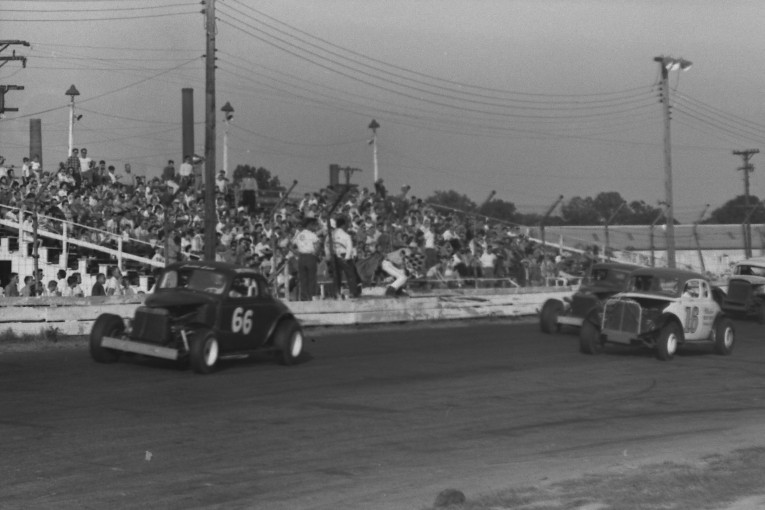 Fredericksburg, probably 10-01-1961. Over the windshield is written, “Judith Ann”. This is Denny’s story about her:

“In 1960 I had a very good friend named Dave Driggs. Dave would go to all the races (at least the ones up north) at Norwood every week, Thompson and sometimes Plainville. He was my pit crew and helper, a great friend. At the beginning of racing season that year he had just enjoyed the birth of his first little girl, her name was Judith Ann Driggs. He was a proud Poppa and asked if we could put her name on the car so of course we found the sign painter and put JUDITH ANN across the top of the windshield. Ran all year with her name on the car then on New Years day in Winston Salem NC (the Tobacco Bowl) I wrecked and destroyed the car. So built a new car for the 1961 season (the #4 that maybe later became the #4x not sure about that). Anyway the 1961 season got very busy and we raced all over the east coast and Dave didn’t have time for racing anymore, had to pay attention to his new family. After a while I lost track of him all together and several years later I learned that he had passed away….and I never did see his baby girl named Judith Ann Driggs………………………………………Fast forward 50 years…………I’m at the annual NEAR Hall of Fame Banquet and a lady comes up to me and sez, “Hi I’m Judith Ann Driggs.” Wow I was shocked – what a pleasant surprise, we had a lot to talk about. Anyway she had heard about this car that carried her name for a full season but didn’t have any pictures of it .So I told her I would get a picture for her, turns out I didn’t have any good ones either. I sent her what I had which was what was left of the car on the trailer only the “Ju” was visible and another of the car at the beginning of the season before her name was on it, that one though had a picture of her Dad standing next to it. She later sent a picture of what she had done with the photos – she had them framed and hung them on her wall.” 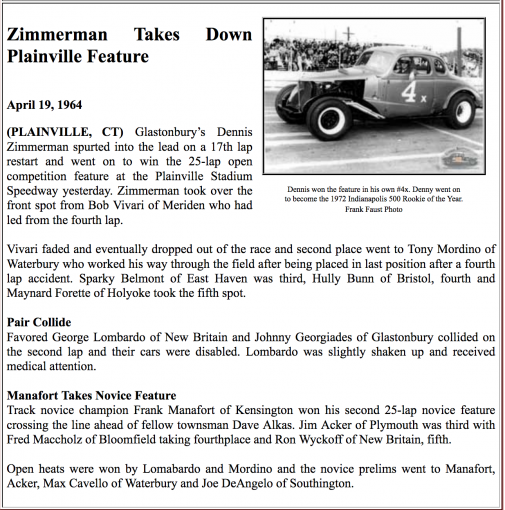 Bill Ladabouche has kindly enhanced this image of Denny’s 4x on the trailer behind Ed’s 21x. This photo is probably from 1963. Fort Dix. This car was built by and normally driven by Denny Zimmerman, who is on the right. On this occasion, however, Ed’s car had a problem and Denny kindly let Ed drive his car. Ed won the race. Photo by Ace Lane (Sr), put on Facebook by Ace Lane Jr, who like his father became a fine motorsports photographer. 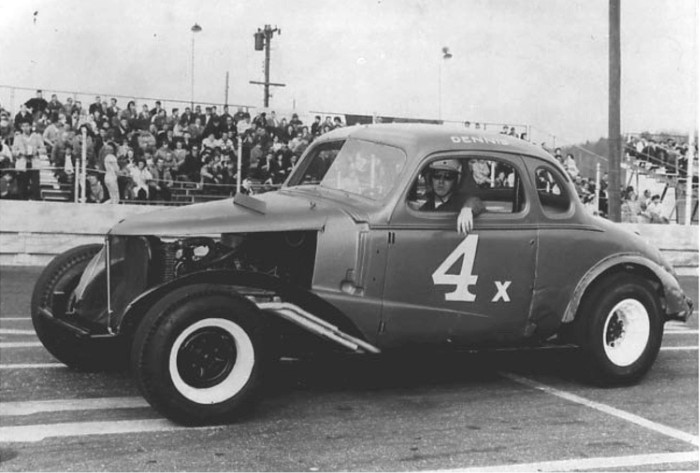 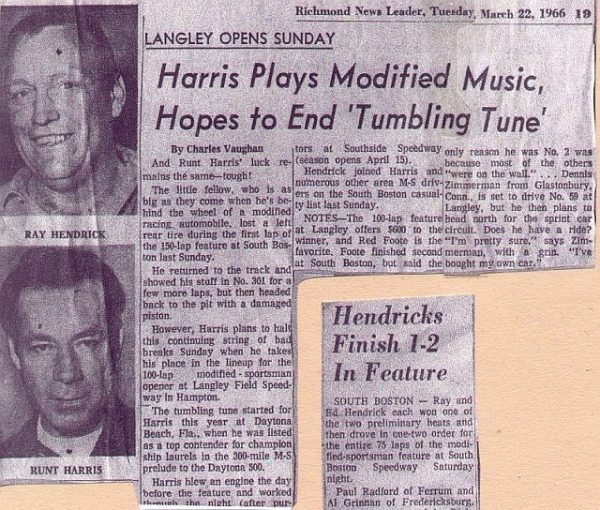 Photo by John Grady, from Racingthroughtime.com. 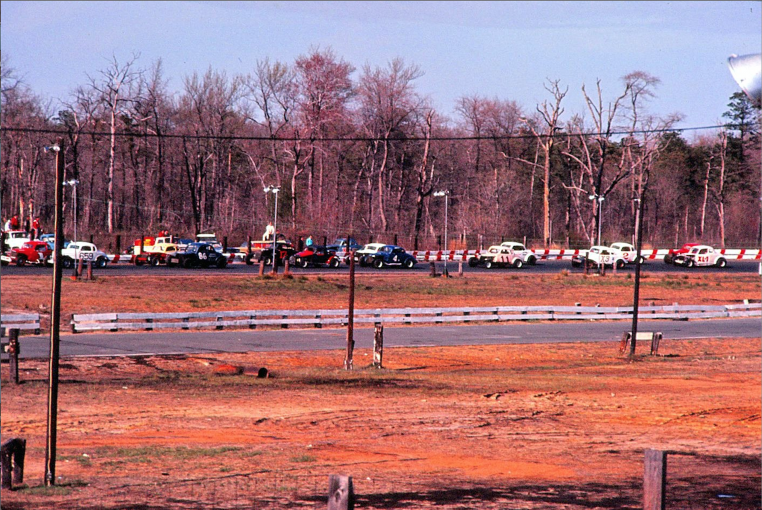 1964 – Old Bridge. Best information is that Ed is starting near the back in the Ackerman #2. Denny’s black #4 is in the middle of this image. Thanks to Larry Jendras Jr for help in identifying the details. In 1966 Denny was mostly driving sprint cars, but when he had the time he drove Modifieds as well. Here he is in Booker T. Jones’s beautifully prepared car. Through the windscreen we can see Ed’s % in the background. Photo by R.A. Silvia, from Pete Zanardi Collection via Racingthroughtime.com.