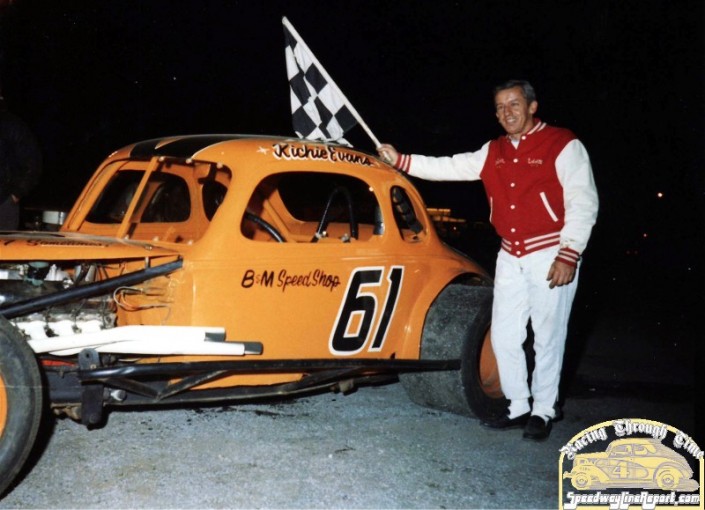 In 1970, Richie Evans was banned from NASCAR events because he had been running in some non-NASCAR events. Ed was going to drive Richie’s car in the New Yorker 400 at Utica-Rome but, because Richie was in the crew, officials would not allow the team to enter the pits. The team’s response was to set up operations in the public parking lot, from which they ran the car during practice, qualifying, and the race itself. Whenever he drove the car onto the track, Ed was required to show his own, valid NASCAR driver’s card. Despite this handicap, Ed won the race. Photo by John Grady, from Racingthroughtime.com. As they would often do, Ed and Richie competed in this race both driving Richie’s cars. Here, Ed is at the left rear, holding his white racing suit. Photo by John Grady, from Racingthroughtime.com. 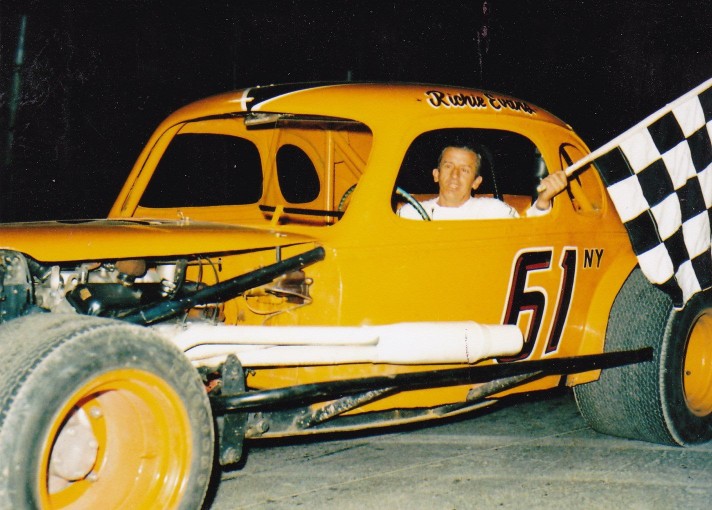 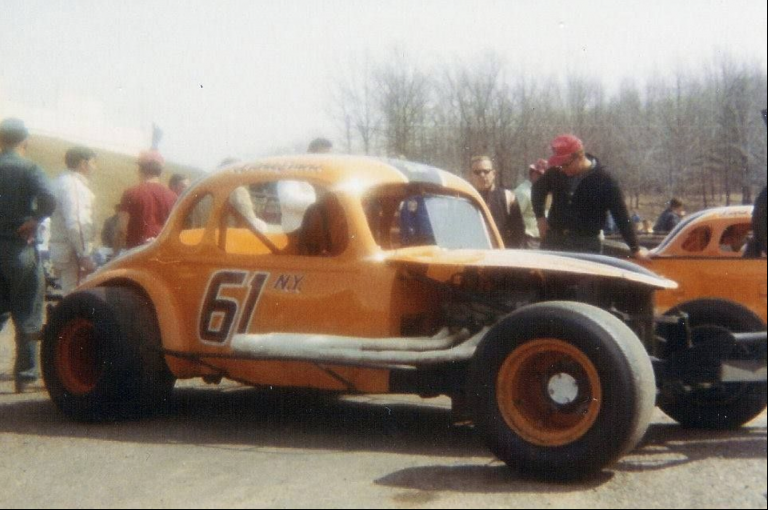 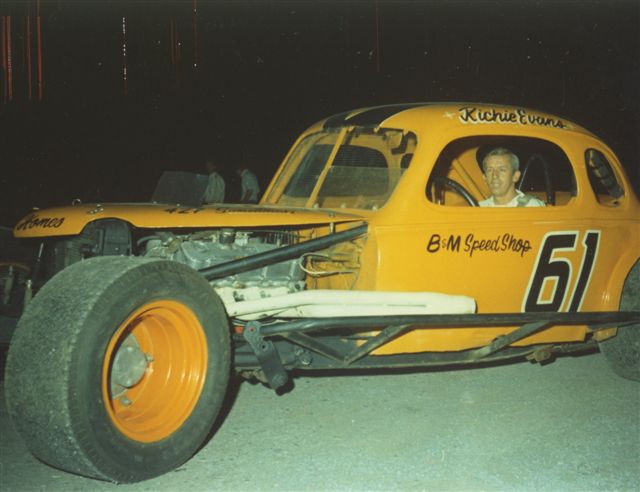 When the circumstances fit, especially in 1970 and sporadically for the next decade, Ed drove Richie Evans’s back-up car. 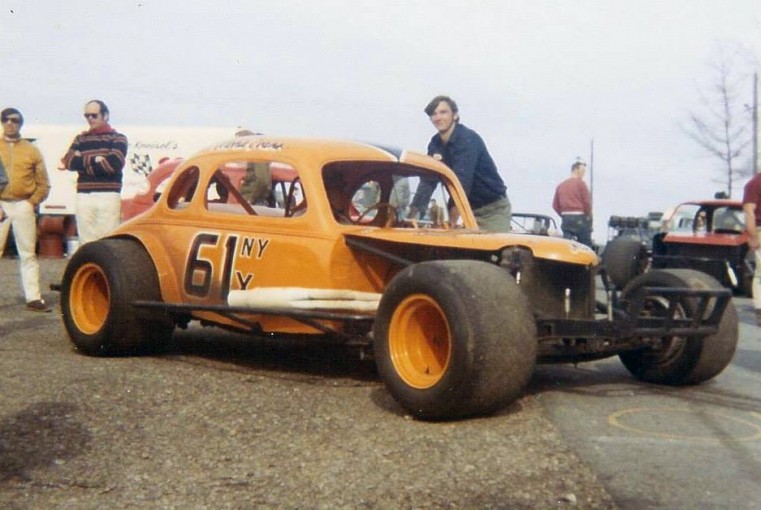 Although it is hard to see, that looks like Ed in the car in this photo. 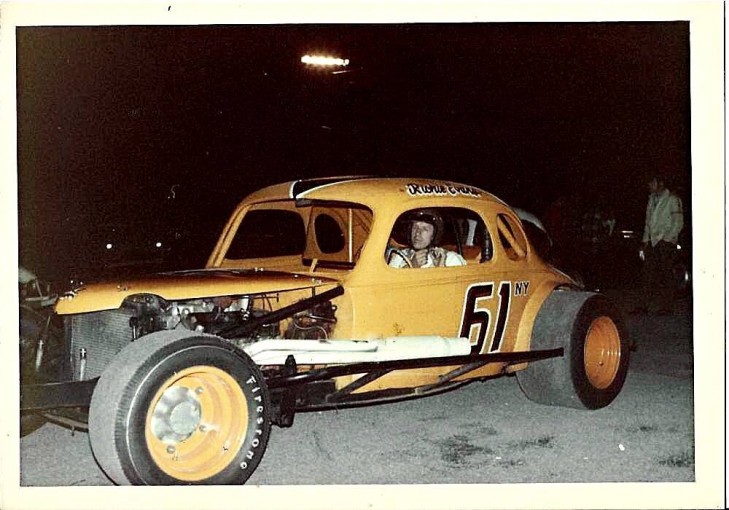 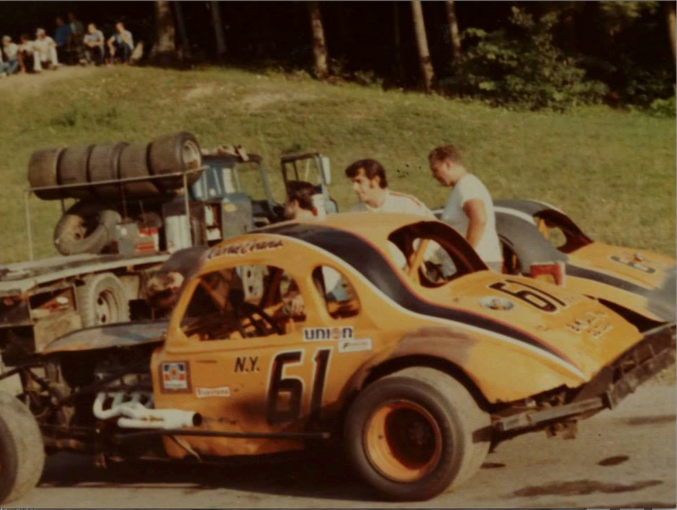 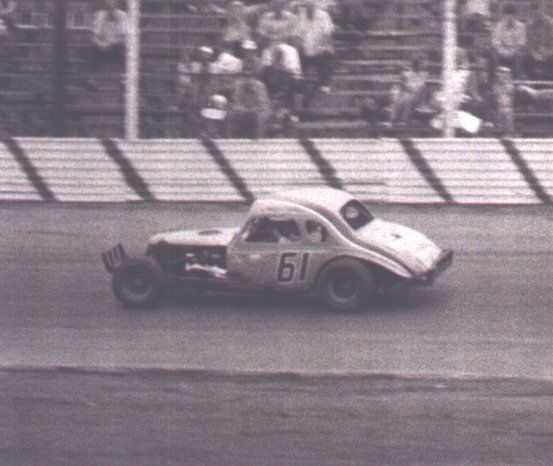 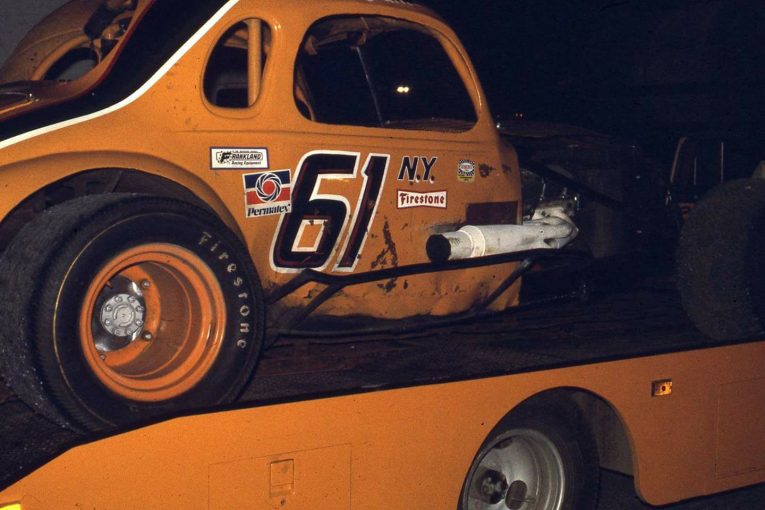 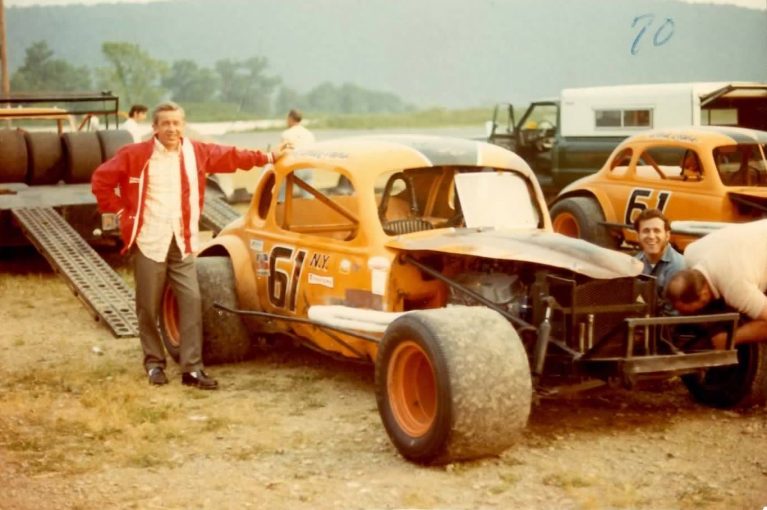 1970-07-02 – Shangri-La All-Star race. Car owner Richie Evans can be seen at the back, above Ed’s shoulder. Top mechanic Billy Taylor is on the right working on the car. Photo from Paul Sykes. 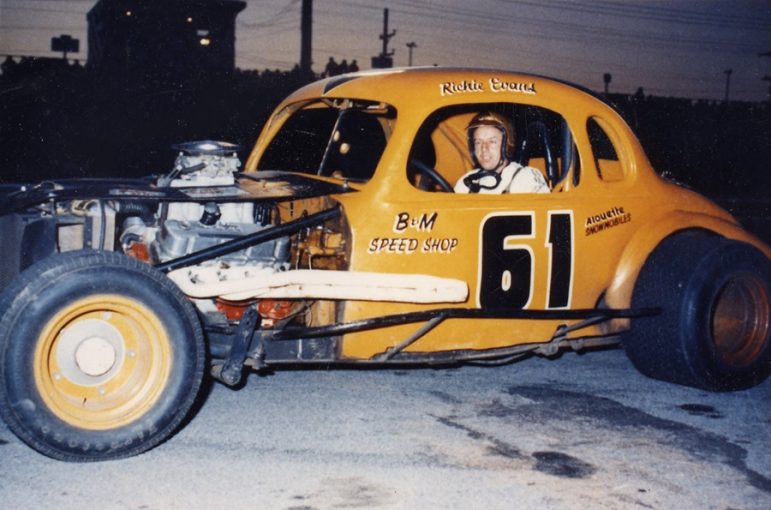 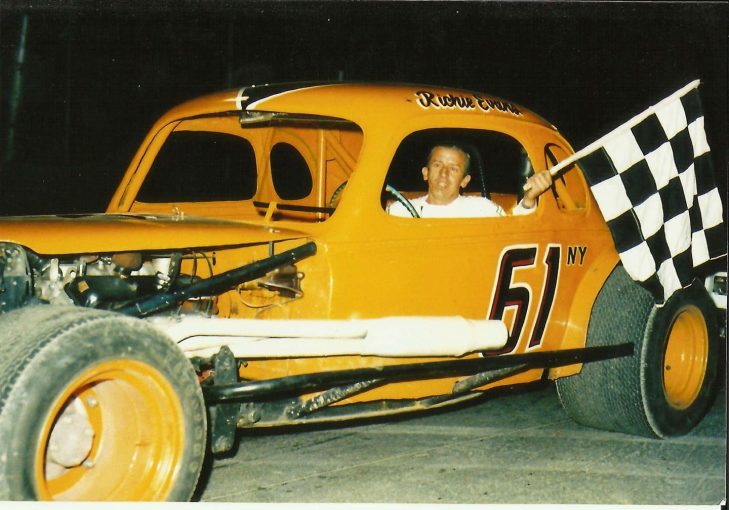 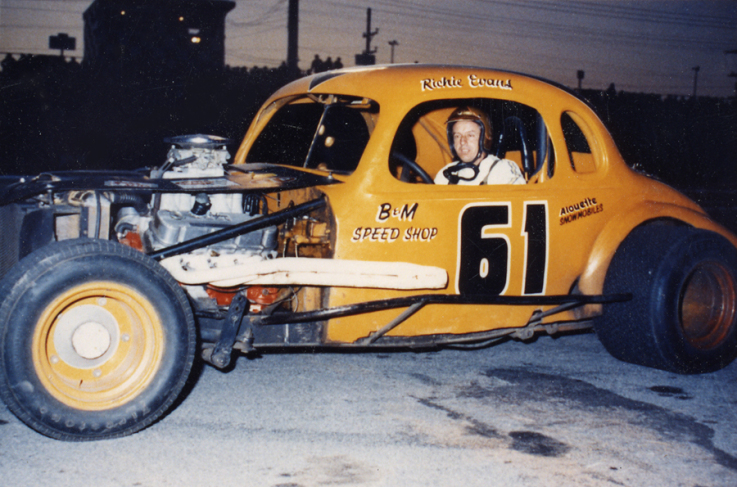