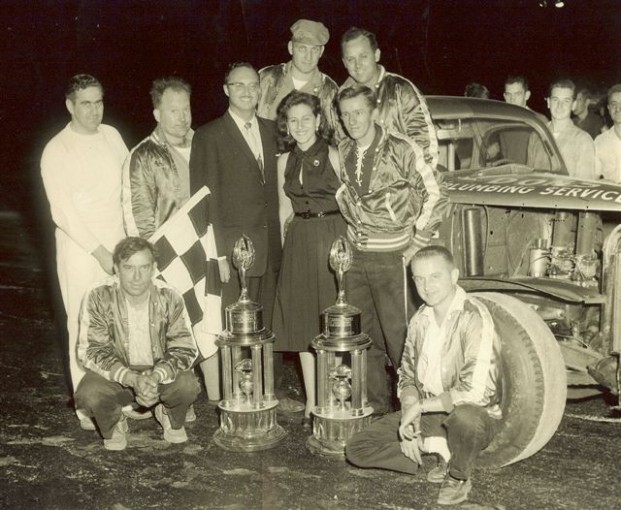 Standing, L-R, are Riverside starter Al Parent, Pete Dalena whose Dalena Auto Parts was a sponsor of Ed’s car, promoter Harvey Tattersall Jr, Ed’s first wife Christine, and Ed.
At the front are George Flemke and Ed’s brother-in-law Joe Dombrowski.
The man at the back in the cap is Richard “Ziggy” Ziegler, and the man next to him is John Perue (the spelling may be wrong) who worked at the Arute construction firm.