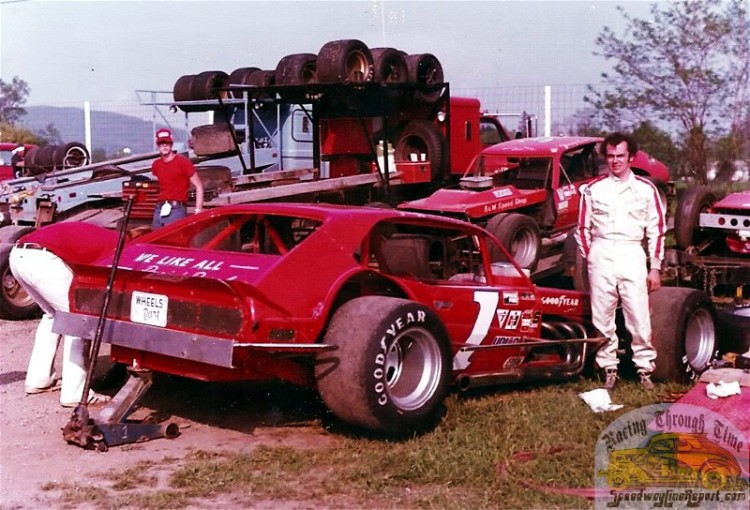 When Geoff Bodine started driving Dick Armstrong’s #1s, it marked the beginning of the end of the “Golden Age” of Modified racing. Armstrong and two or three other car owners spent so much on their operations, especially on engines and tires, that it soon became impossible for anyone with a “normal” budget to be competitive on a regular basis. It was said that, for example, the big-budget teams would spend so much on tires in order to try to win a single show that it would be more profitable for a normal team to spend a normal amount on tires and finish third. In time, Geoff demonstrated that he had a lot of talent, but his success in Modified racing  was greatly enhanced by the money his team owner spent. Photo by Tom Ormsby, from Racingthroughtime.com.