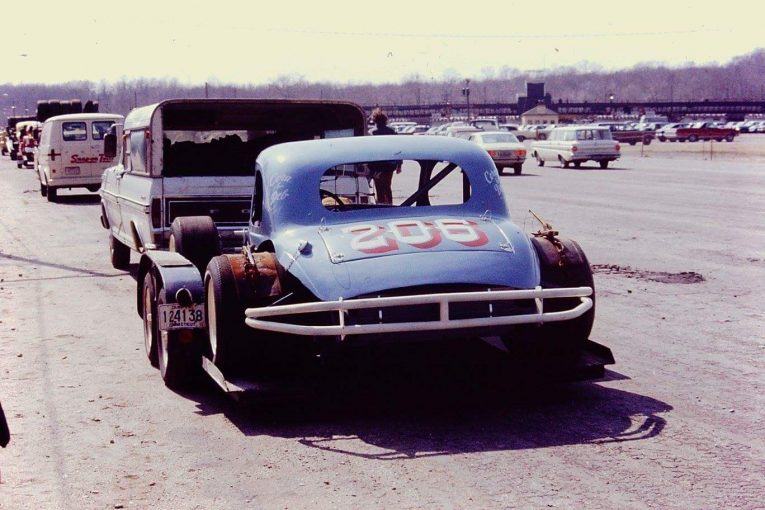 This car was built by Art Barry as the #09, which Ed (and also Bob Santos) drove to a number of important wins. Art sold it to Dave Spence, who repainted the car as #206 and campaigned it primarily at New London-Waterford.
In 1974 Ed and Rocky Germani (who with Ed had co-owned the original ¢) bought the car from Dave Spence and renumbered it as the #06. Ed drove it once or twice in that form in 1974 or ’75. Ed Jr also drove it. Then Rocky took over the car himself and repainted it as the ¢ (modern version).